Do play full game...and don't miss the ending. It's amazing.

There is also something special if you observe the ending carefully. Enjoy the game.

oh my gods the epic graphics.... how did you do that?

wew... i'm trying to recreate your AWESOME graphics in my game but have no idea how to do it. Thanks! I'll search up post-processing

the game is very frustrating. but I enjoyed it. And the music is awesome.

ummm i found lot of bug witch was destroing  your game so it is super hard to finish it. I am going to point out all of the bugs you have now. you cant see the spikes and often the box Colliter is missing or on the wrong place.

I had a blast playing your game.
While it was more frustrating rather than hard, it keept me playing for quite a while. Quik respawns and the music score definitely help keeping the player engaged.

For my taste it was a bit to much trial and error and I would have like if the game focused more on the lying aspect and connect these statement with the obstacles in the game.

In some cases it already does a great job on that side, but sometimes I don't see a connection or indication for an obstacle resulting in frustration, especially towards the end.

I hope to see more of your games on future jams.

Maybe I'm just not in the mood for game play like this but honestly I was just annoyed by this game. It might be because it's just random chance that you get killed and there's no way to predict it. The way your character changes shape makes the platforming a bit harder than it should be. I would also say the use of bloom in this case is a little too much.

Can't say much else as I couldn't force myself to play anywhere near the end.

Thanks for the review :) Will surely update soon ^^

Games Don't Lie is a mostly well built game.   The game-play is mostly solid, with some sketchy physics and the cube's changing shape being a little hard to get used to, namely trying to avoid the sliding induced by movement.  This being said, the level design felt a little too cat-mario-esc, with very little to no "lying."  The game was more trial and error than the level telling you where to go/what to do.

The game becomes more of you lying to yourself as the game progresses.  You end up moving from platform to platform, only for something to be 'wrong' with the next platform.  While the design and paths were quite interesting, by chapter 4 it got quite repetitive.

Another Issue with the game is that despite the very polished quality of game-play, the text felt out of place.  Question marks and exclamation points were swapped incorrectly, some things were flat out misspelled, and the game struggled to find a sense of direction.   The jokes felt highly out of context and throwaway, and all story/text elements felt they were panned out by a seven year old.

The blur and the outer '3D-glasses' effect caused quite a headache-inducing display, with a little too much pink on screen.  (Although I do realize that it was for an inverted effect) Quite often, I'd find myself looking away for 5-10 seconds just to clear my head.

Another small detail is that the laser walls and spikes felt like out-of-place designs.  The spikes were a little too detailed to fit in the simple background, but the laser walls felt dull and against the 2D nature of the game.  For the spikes, they should have been something such as plain red triangles, and the walls a solid color as well.  Just a small nitpick, though.

This was also posted as a review, but I feel it belongs here, too.

Thanks a lot for the review !! I know it has some frustrating things .... and I am extremely sorry for that... gonna remember these things for my next for sure :D

I personally had trouble even getting past chapter 4 and ended up rage quitting since i got stuck at that second red wall and didnt know how to get please but up to that the game was good though really difficult..

Thanks bro :) Yeah its a bit difficult :D

Great game! It’s been a while since a game has made my namesake but this one did just that!! 🤬 thought I was gonna end up rage quitting but managed to finish! Well done man 😁

Thanks mate for completing :)

Your commentary was real comedy !!! Nice one XD

Only just seen this reply 👀😂 thanks man!!

Nice graphics. That jump sound is bad :d. And this game is punishing not difficult. There are just some invisible spikes and platformers. And loop go die repeat isn´t fun. English isn´t my mother language. So maybe you can find some mistakes in this comment. sry

I cant get past the vary first part... (First part of chatper 1)

Its bit diffiicult ... needs some time.. Thank you for playing !!!!

Nice, simple concept, but made it difficult! good job!

Sorry I couldn't get to the ending, I ragequited :P A really nicely done game. Good visuals, music is something that really impressed me and it has a pretty cool idea, tho a bit too hard for me. Good job :)

Yeah.. a cool mind is really important in this game ... I am happy you liked it..

Yeah.. seeing the truth is a little hard ... xD

I hope you keep updating the game.

check out my game: https://janjcool.itch.io/master-blaster 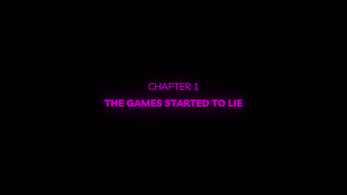 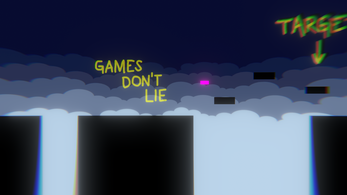 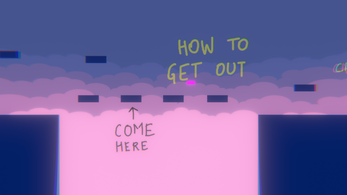 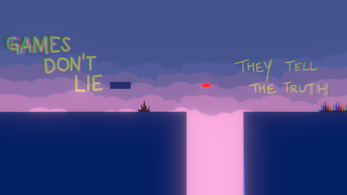 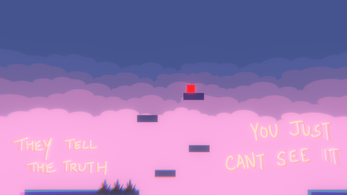 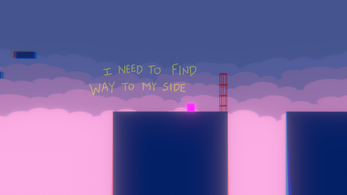 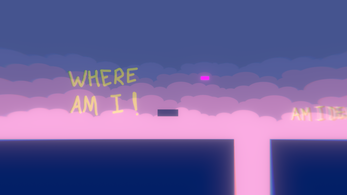 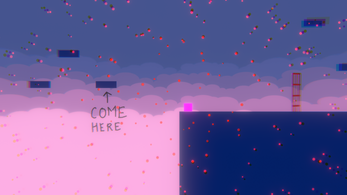